It's a wonderful real life, unless it's not. Also some thoughts about Pay to Play.

I used to have a friend in Georgia (Sakartvelo, that is, not USA). He said he had developed a deep hatred towards e-mail, because they had a bad energy crisis in the country, electricity was available rarely and for a short time, and having to spend time to download some friendly suggestion from nigerian princes meant losing the chance to actually do something that he needed.

I think I'm starting to understand how he felt. But then again, he kept publishing his novels and stories in Russia after the russian invasion in Georgia in 2008, so I probably will never really understand him. Maybe it was because the majority of his readers/online friends were russian. Maybe he was because he was such a big fan of USSR. Maybe because he didn't care about real life as much as he did about fiction.

Anyways. Electricity - and with it, Internet connection - is currently still limited. It is kind of depressing, and also makes the work more complicated.

I left Twitter because I already have to live in a country that's run by a rich evil idiot, and I don't need a social network that's run by another one of those.

And I thought about Twitter because of a discussion in a gaming group, which began with a simple question: "Would you pay to participate in an online TTRPG?"

Personally, I wouldn't. For me, it feels too much like "buy yourself some fun friends".

It's probably good fun for some other people, and I will now explain why those people are wrong, based on the opinions that were voiced in that discussion.

These are different things. When you buy a book, a film, a videogame, a music album - you pay for entertainment that someone else had created.

When you join in a roleplaying game, you participate. Your actions matter, your choices affect the thing that's happening for everyone.

Would I pay for a chance to write a story in tandem with some author that I really, really like? I dunno, maybe. But it wouldn't be the same as buying their book.

Opinion 2. "Paying for participation in a session is good, because a minimum required payment helps to keep the riffraff away".

And it also made me think of Twitter and Musk's idea that selling the "verified" marks for six dollars is going to "keep the riffraff away". Together with his other ideas, it helped to keep away George Takei and Stephen Fry.

Opinion 3. "Playing online is bad, and therefore it would mean paying for an inferior thing".

It's not bad universally. It might be a bad way to play for some people, but then again, some people just thing that roleplaying is bad, period. Some people think that electronic devices are the work of the devil. Which is all a more or less acceptable explanation of "why I don't like this thing", but  unacceptable as a reason for everyone to follow their example.

Were there any opinions that weren't wrong? Sure. Plenty of "Yeah, I do it and I'm having fun" and "No, I don't like it".

Some people, like me, want to hang out with friends when they roleplay. And some people just want to drop into this comfortable situation, have some fun, and then disconnect and get back to their lives without talking about politics and TV shows and what happened to our cat and what happened to their dog, and are eager to pay some money to get their fun.

Popular posts from this blog

What RPG subreddit showed us

July 05, 2022
Hi there.  Still in Ukraine, still alive.  An interesting story is going on in the subreddit dedicated to tabletop roleplaying games. The moderators' team decided to introduce a rule forbidding to talk about the content by Zak S.  Zak is my favourite RPG author.  Zak's blog is a source of cool facts about art, history, and fantasy, written in his unique style.  Also, Zak is the victim of a harassment campaign - been one for over a decade.  So when you speak about the victim of harassment, the harassers activate and come in to harass you, as well - because that's how they operate.  Which is not pleasant for the moderators who have to deal with this shit. It's part of their job, but I get it - cutting up dead bodies used to be part of my job, and I didn't enjoy it.  So they published this new rule.  And the harassers came in to celebrate.  Their comments included things like "finally you did something to deal with the fascistic users", "fuck the fuckin
Read more 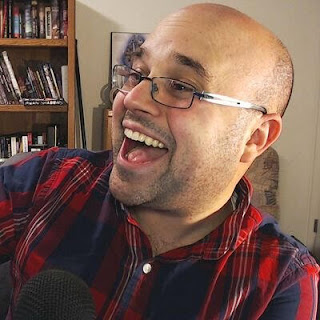 January 08, 2023
I'm not a big fan of horror games. I like fantasy, I like superheroics. And in these traditions, scary things have their own important place - they're just not the main actors.  The Black Riders are bloody scary when they first appear, because we don't know what they are and what they want, and everything about them feels just wrong - the way they talk, the way they breathe, the way they look. The Ringwraiths become less scary when we find out more about them, when they become powerful enemies but not nameless, faceless horrors.  Batman's modus operandi is based on two things: 1) human-sized bat-like creature is scary when it jumps you in the darkness, 2) a man who dresses up as a giant bat specifically to find you and beat you up is scary because he's definitely crazy, and insanity is scary. But it's not supposed to be scary for the reader, because the criminals see the Batman, and we see Bruce Wayne who's sometimes sad and sometimes awesome and sometimes r
Read more